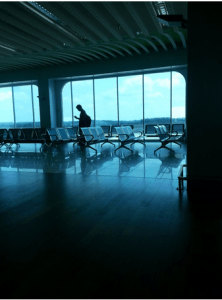 In March we reported on what temporary residents can do stranded in Australia.  With many countries closing their borders, and airlines stopping flights, many visitors and temporary workers and students are stuck in Australia.

On Wednesday, Australia’s acting Immigration Minister, Alan Tudge, acknowledged the plight of thousands of temporary residents. Many of them are Indian students with no way of returning to India due to the lockdown and border closures there in response to the corona virus.

India’s international airports, which are currently closed, were due to open this week, Mr Tudge said. But the Indian government looks set to keep them closed for a few more weeks.

It’s a similar situation for temporary residents from Nepal whose government has also closed its international airports.

Minister Tudge urged tourists whose visas are due to expire to contact the Immigration Department.

There are a number of ways temporary visa holders can extend their stay in Australia lawfully. Australia doesn’t extend visas; instead it issues new ones. Some tourists, for example, could apply for a new visitor visa.

Those travellers who have a ‘no further stay’ condition on their visa can request a waiver, enabling them to apply for a new visa.

If, while that new visa application is being processed, your existing visa expires, you will be issued a bridging visa which allows you to remain in the country lawfully.

We’ve been helping several temporary residents in this situation. In our experience, in response to these exceptional times of the coronavirus pandemic, the Immigration Department has worked quickly to address these visa and waiver requests.