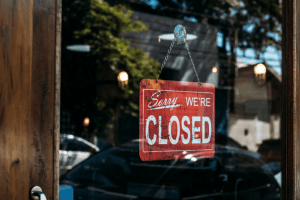 This means international travellers will be barred from entering Australia while Australian citizens and residents will not be allowed to leave these shores until 17th December at the earliest.

Some exemptions are made for residents of other countries, government officials or individuals who qualify as being as essential worker, namely those working in offshore freight, boat or aircraft personnel.

Australian citizens currently overseas can return to Australia. However, states and territories are placing limits on the number of incoming arrivals so as not to overburden the quarantine process.

All arrivals to Australia must quarantine for 14 days at an approved hotel at their own expense.

Light on the Horizon?

The Australian government, meanwhile, announced it is in discussions with some of its regional neighbours about creating a travel hub. This could enable travel between a select number of countries with either no or a very low number of COVID-19 cases, like New Zealand, Fiji and Singapore. A travel hub would be the first step to opening up Australia’s borders to international travellers and would serve to help the economic recovery from the COVID-19 pandemic if the bio-hazard risks can be effectively managed. The dynamic nature of the second wave of COVID-19 cases makes that more important than ever.