On the first da 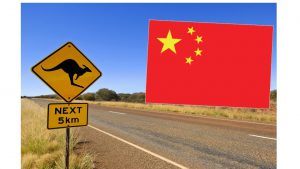 Though young, what has ChAfta meant for Australian businesses so far?

For starters, over 96 per cent of Australia’s goods exports may enter China duty free or with preferential access.

As a result, exports in food and beverages have flourished.

SMEs in other sectors are benefiting too. For example, BJP, a pharmaceutical manufacturer based in the Gold Coast, has increased its exports by 20 per cent and tripled its staff in 18 months.

During Premier Li’s visit, the two leaders will announce the next steps in the evolution of the China Australia Free Trade Agreement.

Addressing that, one of the new deals to be sealed as part of the evolving free trade agreement will be increasing the number of Australian beef producers licensed to export to China, providing greater access to the Chinese market for Australian exporters.

China is Australia’s largest trading partner. The new deals to be signed under the China Australia Free Trade Agreement will build on the well-established trading partnership already worth A$150 billion. Just another reason why businesses are well placed to be based in Australia.