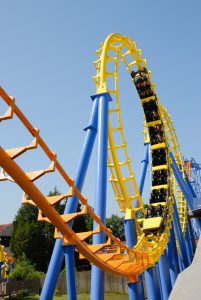 Just when you thought the flurry of Australian visa rule changes had calmed, more changes are announced. It’s been quite a year so far for Australian immigration.

It began In April, when the Government announced structural changes to the subclass 457 visa – a temporary skilled migration visa that enables businesses to fill urgent skills shortages.

The changes involved splitting the 457 visa into two streams – one which offers a pathway to permanent residency (the ‘medium term’ stream) and the other which doesn’t (the ‘short term’ stream).

Not only that, the ‘short term’ stream limited the length of time a visa holder could work in Australia from four to two years.

More striking was the change to the skilled occupation lists

Hundreds of occupations were removed from the new skills lists while the jobs appearing on the STSOL, which limit a 457 visa holder to 2 years in Australia, surprised many in Australia’s flourishing sectors.

They included CEOs, university lecturers, computer programmers and medical researchers. A surprising choice, given the importance of higher education, health, wealth management and tourism to the Australian economy. The decision also seemed at odds with the Government’s “innovation” campaign which relies significantly on IT professionals.

In May, it was the turn of the Treasurer to announce changes affecting visas; this time it was the cost of visa fees (they went up) and the introduction of a training levy for business sponsors, regardless of whether the business has a training program in place or not.

Meanwhile 23 occupations were promoted from the STSOL to the MLTSSL. These included CEOs, lectures, engineering professionals and software and application programmers. A further twelve occupations were removed from the lists entirely, including psychotherapists, real estate agent principals and ships engineer.

Age limits changed for ENS and RSMS direct entry stream applicants. Applicants must now be under the age of 45 years of age when the visa application is lodged. (The change will come into effect for Temporary Resident Transition (TRT) stream applicants next March).

For points tested visa applicants, the age limit was lowered as well. This affects applicants applying for the Skilled Independent subclass 189, the skilled nominated subclass 190 and the Skilled Regional subclass 489 who must now be under the age of 45 at the time of invitation. (An invitation follows after an a visa applicant has submitted an Expression of Interest (EOI) and before a visa application is lodged).

Changes to English language requirements were also made to ENS and RSMS applications.  Those individuals applying through the TRT stream will now require a score of 6 (or equivalent) in the International English Language Testing System (IELTS).

The Department also announced an increase in the period of time before a visa holder can transition to permanent residency. This has been extended from two years to three years. We will see more changes come into effect this December and again next March.

Australian migration professionals understand that Australia’s Immigration regulations are dynamic.However, few can recall so many changes in such a short space of time. Watch this space for more updates.